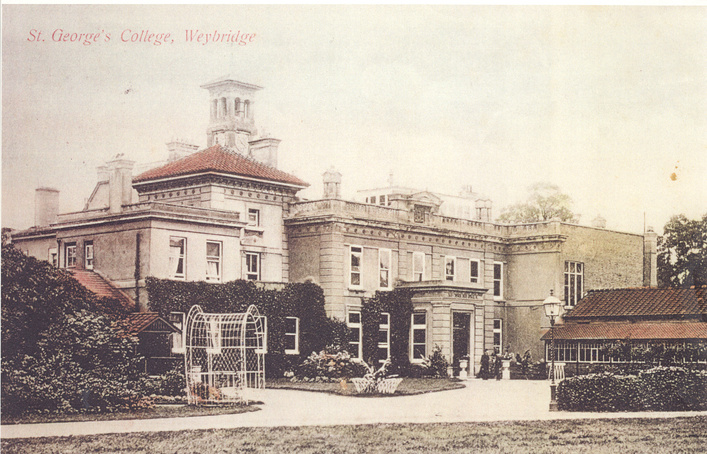 St George’s Weybridge was founded in 1869 by a Belgium Catholic order of priests called the Josephites and was originally based in Croydon. Within a few years St George’s had outgrown its Croydon location and in 1884 moved to the beautiful spacious grounds of Woburn Park near Weybridge. In the 18th century Woburn Park became famous as the first ornamental farm developed by its then owner; Philip Southcote. After his death the estate had numerous owners including William Petre who purchased the estate in 1876 and established the first Catholic school on the site before he sold it to the Josephites.

The Josephite traditions encourage a strong sense of family where all students are valued and encouraged to fulfil their potential in an atmosphere of mutual respect and compassion. The order once provided the entire staff and management of the school. Today, although much reduced in number, they still reside on the same site, a constant reminder of the unchanging Josephite ethos which remains central to the School.

Like many Catholic schools founded and run by religious orders, St George’s still flourishes today only because radical changes were made in the way the school was run in response to changing times pre and post war. Once a boys boarding school, St George’s became a day school in 1992, became co-educational in 1998 and in 2000 absorbed the nearby girl’s school St Maur’s.

The acquisition of the St Maur’s site resulted in another phase of expansion and provided a new home for the flourishing Junior School in central Weybridge. Today, St George’s Weybridge educates 1,600 boys and girls from 3 to 18 years on the two sites.