Book to visit our Open Mornings

This September, we are once again offering you and your family the opportunity to visit our schools. You can book to visit:

The Languages Department at St George’s College allows students to explore French, Spanish, and German through their time at the School. In addition Mandarin is offered as an after school disbursed activity. 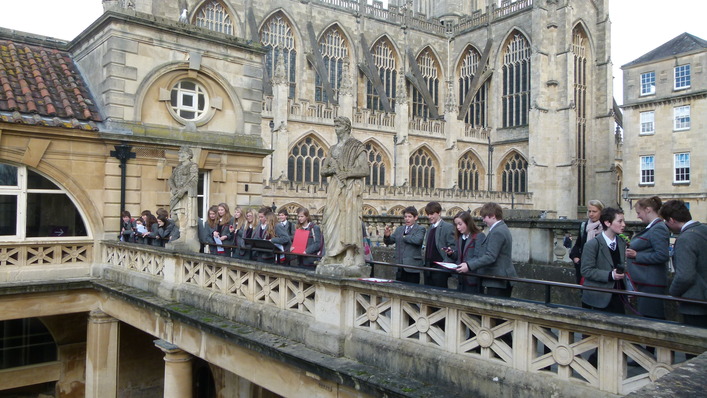 On entry into St George’s, First Year students study three lessons per week of either French, German or Spanish depending on the language choice they made prior to joining the College. Students are taught in mixed ability sets of approximately 22 students. In their Second Year, students continue to study their chosen language.

Students will make a further language option choice early in the Easter Term of the Second Year, after having experienced some taster sessions in the languages they are not currently studying. This language will be added to their initial First Year language choice as their second language for the Third Year. Students are also able to continue to study Latin in the Third Year rather than choose a second modern language.

Many of our able linguists take up two languages to IGCSE, and we make every effort to help them with option choices to make this possible, and a growing number of students continue with at least one modern language to A Level.

Students in their IGCSE years regularly practise their spoken language skills with our Foreign Language Assistants, and have regular one to one speaking support on the approach to their speaking exam. At A Level students meet in groups of two with the Assistants for one period per week and also have extra support during exam season

In addition to trips, the Languages Department, through their society, runs a wide range of engaging extra-curricular activities and events to support our students’ learning and to add to their enjoyment of the languages. These include a weekly Foreign Film Club including specific film seasons which cover A Level topics, a range of talks on special interest topics, a Languages Newsletter, and Theatre and Cinema Trips